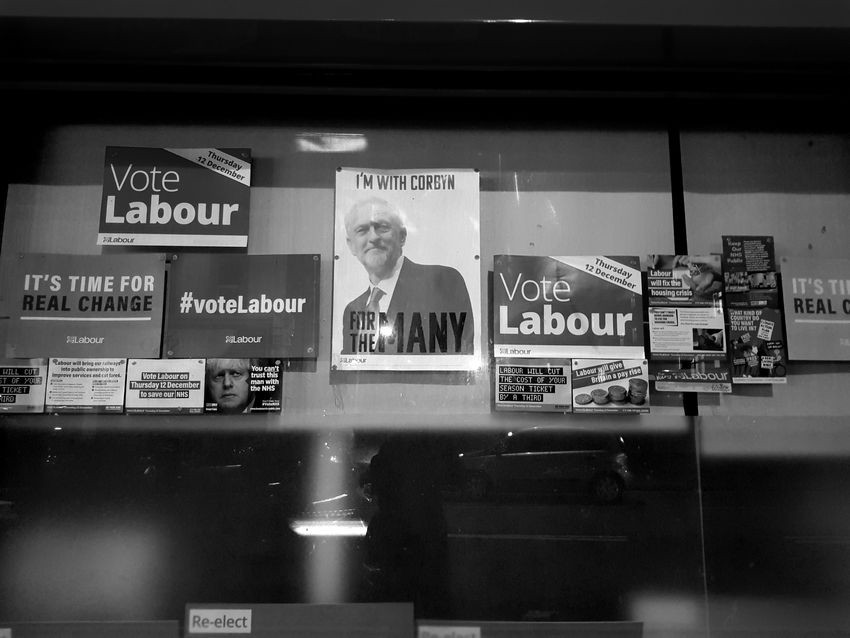 The British people have spoken, and it’s quite a verdict. Given the choice between Jeremy Corbyn’s Labour and a clown driving a bulldozer, they chose the clown. Whatever the believers say on Twitter or in their opinion columns, this is a fatal blow to their political project. Of course, that won’t stop them trying to sell the corpse. But this is an ex-movement. It has ceased to be. If they hadn’t nailed it to the party it would be pushing up the daisies.

Just to be clear, losing an election is not a test of the rightness of a cause, or even of the virtues of a candidate. A just cause led by a good man may go down to defeat. And many of those now lining up to put the boot in would be singing “Oh, Jeremy Corbyn!” if Labour had won. (Recall how many critics suddenly discovered Corbyn’s merits after 2017’s surprise result.)

Against this opportunism, I maintain that Corbyn would be no less of a ratbag if he had managed to convince the electorate otherwise. Victory would not have magicked away his work for Iran’s state media, his excuse-making for Jihadi terrorism and Russian imperialism, his “strategic ambiguity” about chemical weapon attacks from Salisbury to Syria, or his unhealthy interest in the Zionist question. Nor would it turn his making the Labour Party a hostile environment for independent thought a project worthy of governing a minor superpower. There’s no “tragedy” here, nor anything “noble”. Such an enterprise deserved to fail.

That being said, in this case it’s laughable to pretend Corbyn’s horror show is incidental to its reviews. So spare us the clever-sounding analysis that names every variable except Mr Corbyn, or mentions his toxicity among voters only in order to blame it on the media. (Incidentally, it’s to the media’s credit that it scrutinized Corbyn’s appalling record and conduct, however cynical or partisan the motives. And no amount of pro-Corbyn coverage could have stopped the public noticing that he has all the charm of a wasp.)

No, Corbyn lost this election, and he lost it by being himself. The polling on this, along with a mountain of anecdotal evidence from the famous “doorstep”, is conclusive. Any attempt to deny the obvious by left-wing intellectuals who ought to know better is folly, when what’s required is self-criticism about their indulgence of the Corbynite mirage. As for the WhatsApp crew of propagandists, they’ve spent the last four years lying and aren’t about to stop now.

In truth, this defeat was inscribed in the party’s choice of Corbyn as leader. Some are surprised at Corbyn’s reluctance to take personal responsibility for Labour’s defeat, let alone to apologise, instead blaming Brexit and a hostile media. (Recurrence to the latter theme is an obsession, as if the election was lost by the BBC’s Laura Kuenssberg stuffing ballots by torchlight.) Any normal person would surely want to crawl up in a ball and weep with self-reproach. Yet Corbyn’s denial — along with his bizarre claim in the Observer to have “won the argument”, if not the election — is entirely of a piece for a man who has never admitted to having been wrong about anything.

The fact is that Corbyn is a simple soul, and were you to you tug on one thread of error in his mental tapestry, his whole world would come undone. Jeremy is a good person, so he can’t have done something wicked, like defend a racist or support a dictator. Therefore, they must not be racists or dictators.. Jeremy’s politics are correct, so they can’t be responsible for this loss. Therefore, it must be because of something else. It’s this naive, almost pitiable, narcissism that means Corbyn can’t apologise for anything, from the spread of anti-semitism to losing the EU referendum to handing Boris Johnson a majority.

For all the chewing over of electoral maps and postmortem polls, one shouldn’t forget that often in politics, character is destiny. Corbyn’s great achievement has been to remake the Labour Party in his image. It’s for this reason that his cranky views and sordid past were never “distractions”; they were warning signs that the ship’s captain was fundamentally unsound. Yet instead of relieving him of his duties, the ship’s crew (and its passengers) made his failings their own. They saw him as a saintly figure who would cure the sick and feed the hungry, because this is how he sees himself. And they blamed enemies within and without for his every failure, matching his own paranoid sense of persecution. They made a cult out of a dusty fool, as if squirrels were to worship a garden gnome.

In a prescient 2015 profile of Corbyn for the Sunday Times, Martin Amis doubted that a humourless dimwit like Corbyn could ever become a successful leader. He added: “It is far easier to imagine a Labour Party that devolves for now into the leftist equivalent of the American GOP: hopelessly retrograde, self-absorbed, self-pitying, and self-righteous, quite unembarrassed by its (years-long) tantrum, necessarily and increasingly hostile to democracy, and in any sane view undeserving of a single vote.

“Under him, the Labour Party is no longer Her Majesty’s Opposition. There is no opposition; Labour is out of the game.”

Again, this was written in 2015. (The GOP comparison, given the ascent of Donald Trump, is further proof of the disjunct between winning elections and good causes.) In other words, it took no crystal ball to see this coming. It was always there, staring us in the face, with its darting eyes, its furrowed brow, and its air of nervous rectitude. This, this was the man people believed had capitalism shaking in its boots, and who would save the planet from climate change?

Let this then be the start of a period of political sobriety. “Hope”, that overused political cliché, is merely faith if it’s not tempered by scepticism and critical thinking. The quasi-religious feeling towards Corbyn (I notice John McDonnell has volunteered for the role of scapegoat) will be tough to shake after several years of investment. People still talk about Labour’s manifesto as if it were brought down from Mount Sinai.

There will be a huge fight about what happens next. Yet one does get the impression, even in the denials, of a spell having been broken, and of scales falling from people’s eyes. Some might even admit to a slight feeling of relief that it’s all over, and to the vague sense that the country may have dodged a bullet, if only by falling on a landmine.