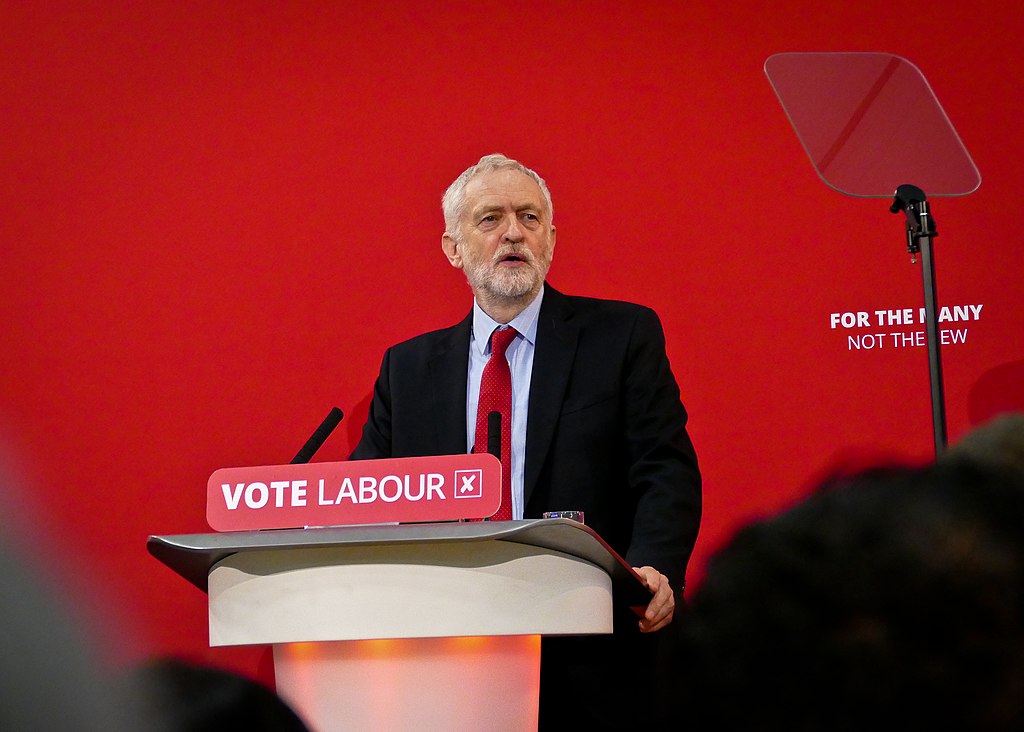 In the 1962 film The Music Man, con artist Harold Hill dupes and fleeces River City, Iowa, using only his charm and wit. Jeremy Corbyn has managed to do the same to the Labour Party with neither.

Corbyn’s total mastery of the party is clear from this week’s annual conference in Liverpool. He’s beaten the “Blairites”. He’s vanquished the “coup plotters”. He’s even survived the awesome power of the Jews. What more must he do to prove himself to the doubters?

But before we bow our heads in prayer, let us pause to recognise what a marvel it is for a man with so little talent and ability to triumph over such dastardly foes. After all, we’re used to seeing crowds seduced by an eloquent demagogue, but it’s a monumental achievement for man who can’t breathe and speak at the same time.

A survey of the man who embodies the Left’s shining hope provides few clues to his appeal: that furrowed brow, those darting eyes, that voice moving from creepy whisper to angry bark. Behold the grimace that stole half-a-million hearts. And what a mind! Soaring from one evasion to another, repeating like a parrot the technical workings of any given issue, (Brexit, MP selection, the OPCW), before adding on a platitude about how we should all be nicer to each other.

It’s almost as if Corbyn’s shortage of obvious merits is what makes him attractive. He’s a “fixer-upper”, a stray dog, or a vintage jacket. Yet it would be a mistake to focus on the preacher and miss the apostles. Corbynism is a congregation held together by its flock. The shepherd follows in front, waving awkwardly, and losing his temper when a journalist asks where he’s been, or where he’s going.

For the flock, all it took was for Corbyn to mumble-bark a few words about inequality during the 2015 leadership contest for them to start tattooing his face on their biceps, and yelling “Tory” at anyone who didn’t think he was the second coming.

Awkward facts were dismissed as “smears” generated by the capitalist press — a move only possible by distorting reality. Thus, the employee of Press TV—run by a regime which stones women to death and hangs gay people from cranes—is praised as a champion of human rights. The dogged supporter of the IRA in Northern Ireland and Hamas in Palestine is hailed as a neutral campaigner for peace.

The recruiter of Stalinists like Andrew Murray (who wanted a “Soviet Britain”) and Seumas Milne (who might be described as a gulag revisionist) into Labour’s inner party is admired as a democrat who cares about poverty. And so on.

The People’s Fraud surfed this wave of enthusiasm. The more critics pointed out his lies and incompetence, the more his congregation loved him. His supporters remade the Labour Party in his image, from the membership to the local branches to the party bureaucracy. Even the shadow cabinet was purged, or self-purged, leaving today’s cabinet of wonders, (as in, it’s a wonder they can find their way to work in the morning).

And so today these paragons of mediocrity can stand up in Liverpool and promise to cure all that ails you with some snake oil and a sack of magic beans.

It’s this gulf between preaching and practice, plus the general sketchiness of the preachers, which leads one to doubt the Labour church’s ability to tackle the social ills it denounces. (Would you buy a used car from John McDonnell?) Corbyn’s Labour quite literally couldn’t organise a pop concert (another difference with River City), and most of the party’s alleged victories against the government — the exodus of cabinet ministers, the lost majority in 2017’s snap election — were largely self-inflicted by the Conservatives.

Corbynism’s main success has been its takeover of the Labour Party. It can also claim credit for the spread of cultural anti-Semitism in Britain, and the steady mainstreaming of “anti-imperialist” ideas, such as that the dictatorships in Russia and Syria are victims of western calumny.

That’s quite a lot to swallow for a promise of better-funded public services. After the pious faces on television this week, reserve some contempt for the people who are so eager to swallow it.