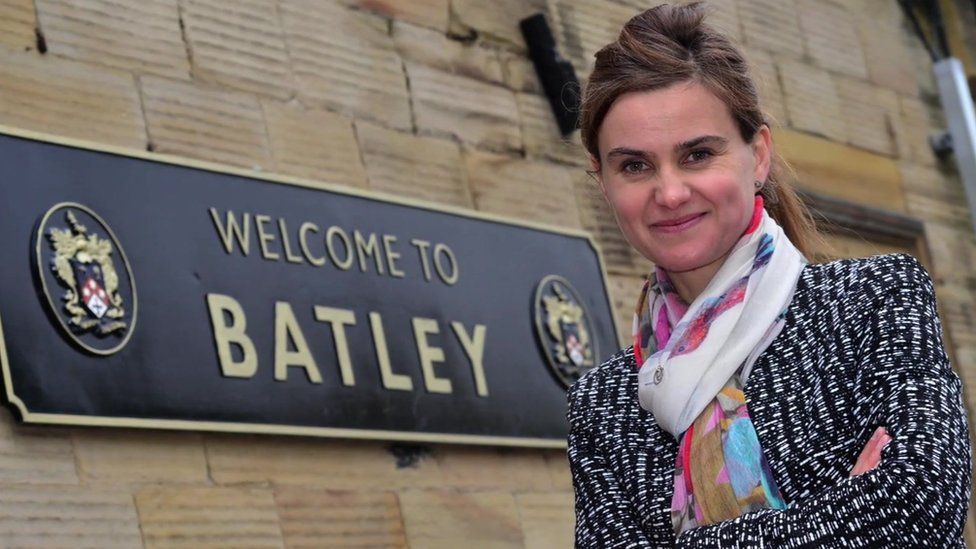 The commemoration of martyrs is an enduring British pastime. This week a memorial statue of Princess Diana will be unveiled outside Kensington Palace, presumably because the Princess Diana Memorial Fountain in Hyde Park was too cryptic.

Also this week, the country marked the five-year anniversary of the murder of Jo Cox MP at the hands of a neo-Nazi terrorist by arranging to have her sister abused in the street, and by using her constituency as a political toilet.

Thugs and frauds of every stripe have convened in Batley and Spen, proving they have “more in common” than might be obvious: Theocrats who want to censor and bully school teachers made the trip to harangue Kim Leadbeater (Ms Cox’s sister), with agents of the Iranian state on hand to broadcast their antics. Skinhead types with the horn for Tommy Robinson tried to join the fun, with less success.

Closer to the mainstream, Corbynite hack Owen Jones, supposedly wearing his journalist hat, popped up to badger Ms Leadbeater on whether she was sufficiently left-wing. Covid enabler Laurence Fox held a rally in the area. And of course, George Galloway, firm friend to dictators and terrorists, emulated his Baathist and Stalinist heroes by covering the city with posters of his gurning face.

The result has been a fiesta of nastiness and stupidity. Leaflets have been circulated showing Boris Johnson shaking hands with his Hindu nationalist counterpart, Narendra Modi, and others linking Keir Starmer with Black Lives Matter activism and “white privilege” chatter. Labour campaigners have been pelted with eggs and roughed up. Galloway and others are putting it about that Starmer is a Zionist who has betrayed the wretched of Gaza and Kashmir. The Tories, typically, are keeping quiet and waiting for the votes to roll in.

Attempts to pin all this on Galloway are plausible. George Galloway is this country’s greatest supporter of fascism since Oswald Mosley. And he has form in using Muslim sectarianism in elections. (I can’t see why anyone is shocked about this. A man who lamented the fall of the Soviet Union, praised and defended Saddam Hussein, endorsed jihadism in Iraq, praised Bashar al-Assad, denied China’s atrocities, incited attacks on British troops, makes propaganda shows for Iran and Russia, justified the 7/7 bombings, and so on, is not going to draw the line at a bit of shit-stirring in a by-election.) But blaming Galloway for everything would let the rest of us off.

One might have thought that the assassination of an MP in June 2016 would prompt some reflection. We might have asked how wise it was to spend the previous summer freaking out about 5,000 desperate people in a shanty town in Calais. Or whether it was decent for the official Brexit campaign (led by Boris Johnson) to claim that continued EU membership would mean an invasion of 75 million Turks. We might even have asked ourselves whether this and similar phenomena had contributed to the atmosphere of racism and paranoia in which Jo Cox was killed. But to the contrary.

What did this country do after Jo Cox was murdered in 2016? First, it voted to leave the European Union, largely on the promise to “take back control” of our borders and money. Then it re-elected Mr Galloway’s friend and political kindred Jeremy Corbyn as Labour leader, and nearly elected him Prime Minister in 2017. And then it made Boris Johnson PM – just in time for the Covid plague.

Our culture has reduced Jo Cox to a three-word slogan (“more in common”) and a shorthand for civility and consensus. It’s true that she opposed the hateful elements in politics and emphasised our common humanity. But to turn her (like Princess Diana) into a patron saint of kindness would be to misrepresent and sanitize her actual politics, which the record shows were far more radical.

Jo Cox took positions that were highly “divisive”, from opposing Brexit, to publicly criticising Saint Jeremy, to demanding a more compassionate policy towards migrants and refugees. She paid for the first and third of these with her life. (I note in passing that the UK has started treating migrants from Europe as badly as we treat everyone else. And cut our foreign aid budget.)

Jo Cox was also radical on foreign policy, supporting the Syrian revolution against Assad’s totalitarian rule. (I don’t think it’s a coincidence that on Brexit, Corbyn, and Syria, Mr Galloway took the opposite view. If you want to oppose Gallowayism, in other words, you have to be for more than civility and clean elections.)

I had the pleasure and honour to interview Jo Cox about her work supporting Syrians for Little Atoms in February 2016. Aside from my crisply-phrased questions, it’s worth reading today for a glimpse of the democratic and internationalist politics we have chosen to discard. See also her essay for the Fabian Society on “progressive internationalism” and an ethical foreign policy.

Reading Ms Cox now ought to shame us out of our current race to become a petty, mean, third-rate, inward-looking, shrunken, and parochial island in the North Sea. Her example also proves that one doesn’t have to choose between fighting for a better life for your community “at home” and for human rights and democracy “abroad” . The two are connected, and form one collective struggle.

That insight and political vision is what has been lost in Batley and Spen. It’s loss can’t be blamed on the revolting Mr Galloway. And I would say getting it back is at least as important as the political fortunes of Keir Starmer.