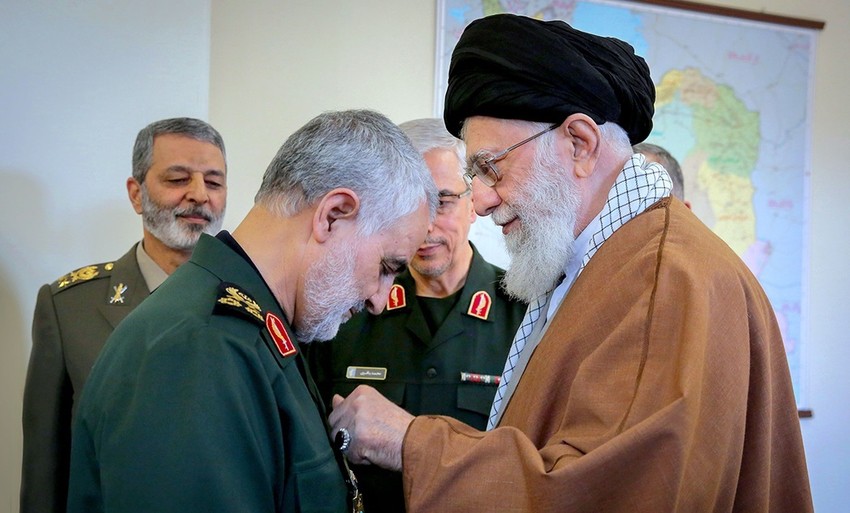 Just as a lost pet is said to be able to find its way home, Labour Party leader Jeremy Corbyn this weekend returned to where he belongs: In the street, shouting drivel to a crowd of the bewildered.

Some might think the moment when Iranians are calling for the overthrow of the Ayatollah (and tearing down posters of the supposedly beloved general, Soleimani) is an odd time to hold a rally calling for rapprochement with the tyrants in Tehran. Not so Mr Corbyn, now happily reunited with his dictator support group, the Stop the War Coalition, like a cheating husband finally keeping a promise to elope with his mistress. (“You’re the one I really love.”)

The event’s slogan “No war on Iran”, as opposed to “No war with Iran”, (how about “No Iranian war on its neighbours”?) at least makes clear the sympathy of its organisers. (The left-wing Iranian dissidents I used to hand out leaflets with in that same square, during the protests in Iran in 2009, are well used to being roughed up at Stop the War rallies, where Hezbollah flags are freely flown.)

No such eloquence from Mr Corbyn. “When people step outside the norms of international law, there are consequences”, he said — a proposition Soleimani’s ghost would no doubt endorse. The maestro moved from this abstract statement to his favourite theme, moral equivalence, barking:

It’s hard to imagine a more morally illiterate apposition of events, as if shooting down a civilian aircraft and bumping off a war criminal were comparable acts. And what a curious choice of Iranian offence — the admitted and probably accidental downing of a plane — as opposed to, say, the terror-bombing and starvation of Syrian cities, or the shooting of protesters in Iraq. Both of these salient examples are obviously worse than killing Soleimani, who incidentally was the architect of both atrocities.

Was the selection and omission deliberate? It’s never easy to know what (or indeed if) Mr Corbyn is thinking. His call for dialogue “between Iran and the other nations of the region” and his non-sequitur about British arms sales to Saudi Arabia “and every other conflict within the region” is suggestive. (Notice how quickly moral equivalence turns into moral supremacy for the favoured side.) But with a former employee of Press TV, a praiser of Hezbollah in Lebanon, and a regular speaker at Al Quds Day rallies, we needn’t really speculate.

One might hope Mr Corbyn’s return to street theatre means this farce will soon be over. But his politics didn’t spring from the head of Seumas Milne. This country is seemingly packed with people who say nothing when civilians in the Middle East are massacred by the tens of thousands, but go into paroxysms when a homicidal thug is attacked or killed — and yet feel no need to offer an alternative course of action.

As the author Shadi Hamid has noted, this is in fact a conservative position, and one that comforts the most violent and cynical forms of power against those struggling for freedom and dignity. It’s this tendency that made every Labour leadership contender sound like a moderate Stopper in their response to Soleimani’s death, attacking President Trump and warning of the need to “de-escalate” the situation. (I say “moderate” in that some of them at least remembered to say something negative about Soleimani.)

The Iranian people, meanwhile, have other plans, and are taking this moment of regime vulnerability to demand an end to theocratic rule. As Europeans fret over Iran’s (“shocked, shocked”) breach of its nuclear agreement, and countries from Syria to Yemen suffer under Iran’s imperial violence, an obvious solution presents itself, namely the overthrow of the Khomeinist dictatorship by the Iranian people.

For reasons then both of self-interest and of international solidarity, a declaration of support would be good policy as well as a matter of principle, (remember those?). If this solidarity were extended to all democrats across the region (yes, including in Israel and Palestine) against their murderous and corrupt governments, even better.

Such a move would signal a real break with Corbynism and show the British public that Labour has more to offer the world than bus routes. At a time of nationalist demagogy everywhere, it would also be a timely and overdue act of internationalism, which the late great Christopher Hitchens once described as “the highest form of patriotism”.

Yet the party that uses a line from Shelley’s The Mask of Anarchy (his poem about the Peterloo massacre) as its slogan appears confused about whose side it’s on when democratic protesters confront a nightmare regime. Iranians have chosen escalation and freedom, at the risk of their lives. Is there a single politician in the UK with the guts to back them up?