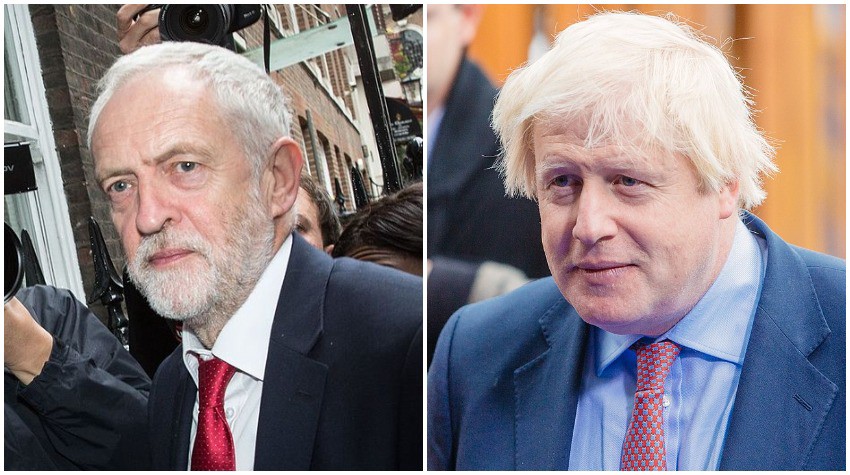 Election season is upon us, and the United Kingdom finds itself caught between a crank and a headcase. It’s hard to imagine a more insulting choice of candidates for Prime Minister. So why are people so intent on pretending otherwise?

In Boris Johnson, some see their best chance to “Get Brexit Done”, (a slogan that makes Brexit sound like something for which the country needs to take a laxative). They therefore expend great effort not seeing that Johnson is a sociopath and a compulsive liar who seems determined to treat the country with the same care and fidelity he affords his wives and children.

Others see in Jeremy Corbyn their hopes for a kinder, gentler Britain, one that is more socially just and is governed in the interests of “the many, not the few”. So they don’t want to hear that he’s a racist and a crank with a pash for the world’s most oppressive dictatorships.

(While I’m at it, Jo Swinson still comes across as if she’s auditioning for the lead in a school play, while her ramshackle party is about as trustworthy as English weather.)

People who like this sort of thing will, I hope, be happy with the results, (though they mainly seem distressed that more people don’t share their enthusiasm). Outside the ranks of the true believers, there is a mushy crowd of people who, while sympathetic to a party’s aims, will admit to being less than thrilled about its leader. But they take refuge in the notion of having to choose the “lesser evil”. These people at least accept by implication that “evil” is what they plan to vote for. But their shady calculations (made in the service of principle, you understand) mask a contradiction that would, if stated honestly, expose this realpolitik as the most self-defeating fantasy.

Were, for example, a pro-Brexit conservative to drop their finger-pointing at Labour’s leader and state their position outright, they would be forced to render it as this: “Boris Johnson is a pathological liar who only cares about himself, but I am voting for him so he keeps his promises on Brexit.” Or in other words, “Vote for the liar because he will deliver on his promises.” That’s more damning than anything in a Labour attack ad, yet it comes from the minds of the Prime Minister’s supporters, if only they would be honest enough to say so.

Similarly, were a liberal or left Remainer to park their hatred for the Tories and their dread about Brexit, they would have to state their position as follows: “Jeremy Corbyn is anti-EU, an apologist for foreign dictatorships, and probably an anti-Semite, but I am voting for him to stop (or soften) Brexit and to combat racism and inequality.” In other words, “Vote for the Brexiteer anti-Semite because he will stop Brexit and deliver social justice”. This is lesser evilism on a heroic scale, in that it involves supporting what you claim to oppose in the name of opposing it, and at the cost of the very principles that animated the sordid bargain in the first place.

As the voices demanding that everyone “pick a side” gain volume, the great many of us who feel this is all an insult too far should find the pluck to hold up a mirror to the deluded, and request that they at least be honest about what they are advocating. This is still a free country, and no-one should be bullied or subjected to moral blackmail for declining to ratify this farce, and thereby provide a mandate for either march of folly.

Lest this declaration of independence sound like a lonely course, take heart: You are potentially a member of an enormous popular majority. Labour and the Conservatives agree that at least one of their leaders is unfit for office. The public fratricide within the parties has shown that many in each camp know full well what sort of man they hope to foist into Downing Street. And the lesser evilism of comparing candidates’ relative scumbaggery is surely not a sign of security in one’s position.

So when Labour and the Conservatives argue this election that either Johnson or Corbyn is unfit to be Prime Minister, the beginning of realism — and of wisdom—is to acknowledge that both claims are correct, and to resolve to “treat those two impostors just the same”.