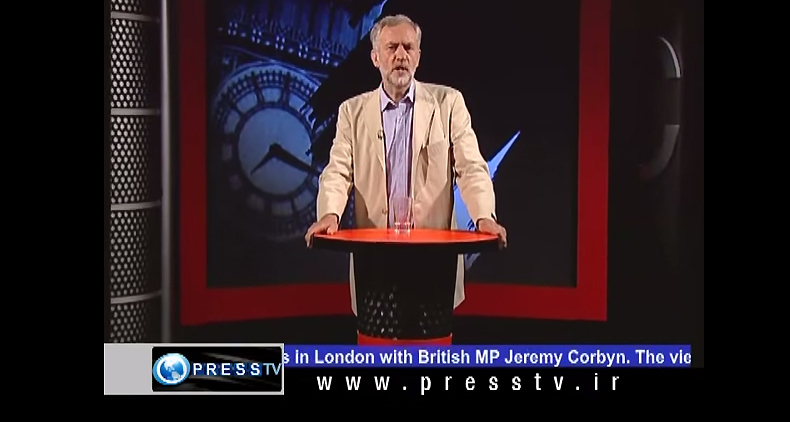 This article was first published in Quilliam Journal on May 3rd, 2019.

These are the times that try men’s patience. Sample the following from an email sent by the National Union of Journalists to their members about an upcoming event:

“Lyra McKee was murdered doing her job, London-based BBC Persian Service journalists are targeted by the Iranian authorities and Turkey has become the world’s biggest jailer of journalists. Join Jeremy Corbyn, [NUJ General Secretary] Michelle Stanistreet, the TUC’s Mariela Kohon and other colleagues on Friday night to discuss what can be done.”

Note that this is a summary billing, rather than the full advert, for the union’s event for World Press Freedom Day, designed to entice members to attend. Why, exactly, do they imagine that journalists want a lecture about press freedom from a politician who is so openly hostile to the concept?

That’s not to say Mr Corbyn is a stranger to the world of newspapers and broadcasting. Before he was elected leader of the Labour party, Mr Corbyn took up to £20,000 from the bloodstained theocracy in Iran to host programmes on its English language propaganda channel Press TV. (You won’t be surprised to learn that the programmes were about Israel.)

The channel has since had its licence revoked by Ofcom for broadcasting a forced confession by Newsweek journalist Maziar Bahari, who called politicians like Mr Corbyn “useful idiots” who “really should be ashamed of themselves”.

Yet Mr Corbyn was still a Press TV host as recently as 2012 (the year of the Ofcom ban), despite telling Andrew Marr in January 2018 that he had “ceased to do any programmes” after the violent repression of the Green movement, which occurred in 2009. I’m sure Kasra Naji of the BBC’s Persian service, who is on the NUJ panel, will be thrilled to hear Mr Corbyn’s pearls of wisdom on the importance of a free media.

The fatal shooting of Lyra McKee just two weeks ago at the hands of some New IRA humanoid is also pertinent here. Mr Corbyn was on the editorial board of a rag called London Labour Bulletin when it crowed about the Provisional IRA’s 1984 bombing of the Conservative party conference in Brighton, an attack which killed five people and wounded 30. Since becoming Labour leader, Mr Corbyn has several times refused to condemn IRA terrorism, falling back on a Trumpish “all sides” rebuke. What a delight for journalists still grieving for their slain colleague to hear from Mr Corbyn live and in person.

But wait! I’m forgetting the Labour leader’s years as a columnist for the Morning Star, the paper once funded by that bastion of press freedom, the Soviet Union, and the outlet which nowadays roots for the Assad regime that killed Marie Colvin.

Meanwhile, Mr Corbyn’s chosen spin doctor Seumas Milne, a gulag-revisionist who thinks western foreign policy (of course!) was to blame for the Charlie Hebdo massacre, lies to the press every day with a contempt for truth to make Malcolm Tucker blush.

And if all that wasn’t enough, here come the online army of propaganda websites and social media thugs to replicate the tactics of authoritarian regimes and defame and abuse journalists for covering “Jeremy” with anything but adoration.

Mr Corbyn himself has singled out named journalists for criticism at times when he knew he was being filmed by Vice News. It’s under Mr Corbyn’s leadership that the BBC’s political editor has had to hire a bodyguard to do her job in safety after death threats from Corbyn supporters. All of this has created a hostile environment (to coin a phrase) for journalists, and it shows no sign of letting up. As you read this, the Corbynites have declared a jihad on the media for reporting that, in 2011, their leader wrote a foreword to a book that claims the world is run by wealthy Jews.

Such is the man who will grace the liberal halls of the Free Word Centre in London tonight. And while having a party leader attend is no doubt a coup, is there not something ridiculous about inviting such a person to “celebrate the fundamental principles of press freedom, assess the state of press freedom throughout the world and pay tribute to journalists who have lost their lives in the line of duty”?

It’s one thing for the NUJ’s magazine to depict Mr Corbyn as the risen Christ, standing triumphant over the UK’s press barons, as it did in December 2017. If union officials want to risk alienating journalists who don’t share their politics, that’s their call. But to invite the country’s leading media-bashing politician to a panel event on press freedom is a piece of absurdist theatre, and as with the Christ cartoon, the joke is on the organisers.