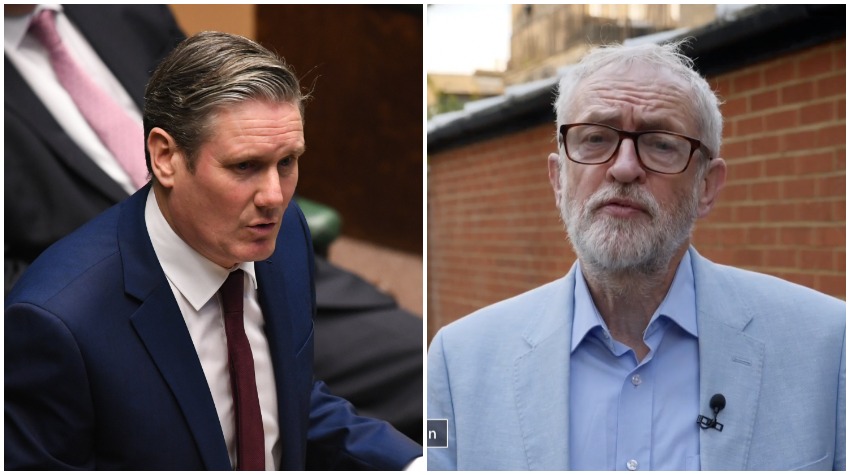 Picking at the carcass of the local elections, one faction in British politics is on hand to guide the way for the Labour Party. As the results trickled in, with news Labour had lost Hartlepool for the first time since the seat was created in 1974, the supporters of former leader Jeremy Corbyn were clear-eyed about the scale of the defeat, and what the party needs to do to claw it’s way back into government.

Keir Starmer should listen. After all, who knows more about losing to this Conservative government than the Corbynites? In less than five years, Mr Corbyn led Labour to defeat in two general elections (making gains in the first, but still losing), and arguably helped lose the EU referendum as well. So this lot really know what they’re talking about, and the new leadership should listen up. Keir Starmer thinks he’s so clever, but he’s only lost one seat to the Conservatives; Corbyn lost 60.

As Andrew Scattergood, co-chairman of Momentum – the group that grew out of Mr Corbyn’s 2015 leadership campaign – explained: “A transformative socialist message has won in Hartlepool before, and it would have won again.” For those who might question Hartlepool’s thirst for socialism after a 16 percent swing to Tory candidate Jill Mortimer, let us not forget Rosa Luxemburg’s famous remark in 1915 that the choice before voters in Hartlepool was between “socialism and barbarism”. Thanks to Keir Starmer, they chose the latter.

Former shadow home secretary Diane Abbott was also quick to offer her insights into what she called the “disaster” of Hartlepool, writing on LabourList: “Voters always ask themselves questions like, which of these parties is going to make me better off, or which of these parties best represents my values? It is resoundingly clear from the majority of voters in Hartlepool (and possibly many other places) that currently it is not the Labour Party.” We should all consider Ms Abbott’s point about listening to the “resoundingly clear” verdict of the voters, and consider it carefully. In the same piece she adds: “Our policies were extremely popular in 2017 and 2019. We can build on them. Jeremy Corbyn was defeated by a series of personal attacks.”

Before we let our fury about the Hartlepool result overcome our senses, listen to the calm and reasonable words of John McDonnell. “Keir’s got to be given his chance”, the former shadow chancellor wrote for inews the day after the elections. “He shouldn’t be treated like Jeremy was, with constant undermining and coups — but he has to learn the lessons of this terrible campaign.”

McDonnell is right. A key lesson of the last five years is the importance of not criticising the Labour leader, or trying to remove him when he screws up. Admittedly, McDonnell wavered slightly from this principle three days later, when Starmer sacked deputy leader Angela Rayner as party chair and national campaign co-ordinator. McDonnell accused Starmer of a “cowardly avoidance of responsibility” and of “scapegoating everyone apart from himself”.

Still, to keep this in context, Jeremy was the victim of “constant undermining and coups”. And say what you like about Jeremy Corbyn, he was always quick to take responsibility for Labour’s defeats under his leadership. (To those who would say that his movement blamed its every problem on the media, on saboteurs, and on the Jews, I’d simply say that this is the kind of centrist thinking that lost us Hartlepool.)

Perhaps the most sage advice of all came from Mr Corbyn himself. Interviewed by Channel 4 News, Corbyn referenced “the 2017 and ‘19 manifestos which proved very popular”. Not popular enough to win the elections, it’s true. The 2019 manifesto was followed by Labour’s worst election result in over 80 years. Still, the policies polled well, which shows a real desire for a socialist government in this country. When asked if after Hartlepool Keir Starmer should quit, Mr Corbyn was typically daring: “It’s up to him what he decides to do”. I think Starmer got the message. (It’s little wonder the forces of capitalism were so afraid of Jeremy. As Len McClusky once said, Corbyn is “a man of steel”.)

Krishnan Guru-Murthy closed the interview by reminding viewers that Mr Corbyn is not in fact a member of the Labour Party, having been booted out by Starmer for saying, on the day of the EHRC report into Labour antisemitism, that the problem had been “dramatically overstated for political reasons”. So we should add to the list of Corbynite losses their having turned Labour into a racist party, which one might argue is a moral defeat, if not quite on the level of Hartlepool.

All that being said, as pundits continue to divine meaning from the local elections, we should heed the words of the Corbynites. To those who say there are options for Labour besides more of the same from Keir Starmer or a return to Corbynite socialism, I say: No! Those are the only choices. And surveying the smouldering wreckage of the red rosette in Hartlepool, the path is clear: only the Corbynites can save Labour from electoral oblivion now. I just pray it’s not too late.