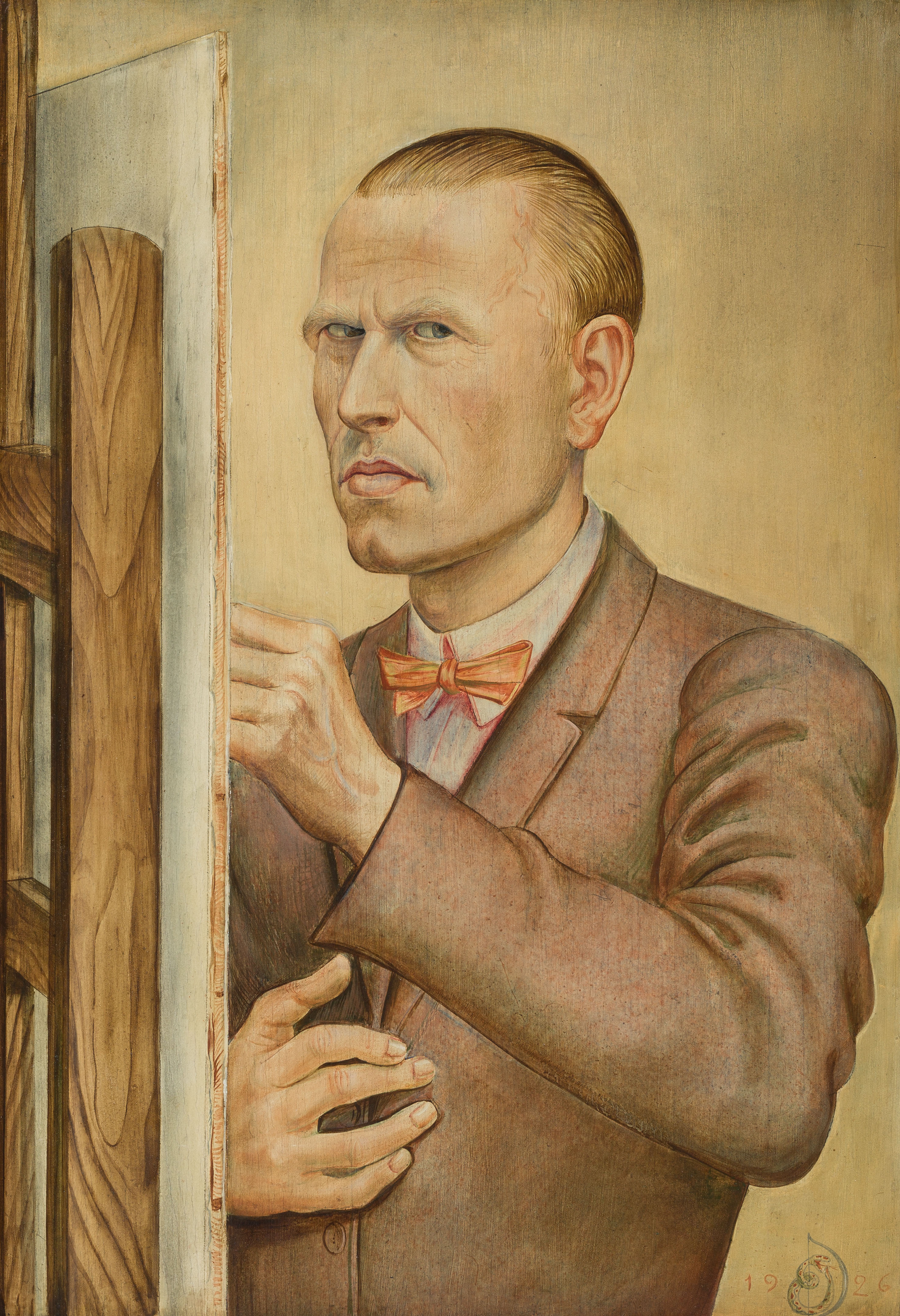 This article was originally published in Open Democracy on November 11th, 2017 (Remembrance Sunday).

For the German painter Otto Dix, the First World War really was “all over by Christmas” – only it was Christmas 1918, after he had spent four years on the front lines at Champagne, Artois, Flanders, and the Somme.

Dix returned home to Gera aged 27 and spent Christmas with his family. The pictures he went on to paint of his experience would later be confiscated by the Nazis, and trashed at the infamous “Degenerate Art” exhibition hosted by Adolf Hitler.

Dix’s 50-piece etching series Der Kreig (1924) – recently shown at the Tate Liverpool – make the war paintings of John Nash and John Singer Sargent look euphemistic. A worthy successor to Francisco Goya’s The Disasters of War (1810–20), Der Krieg uses a range of styles and techniques to depict war as it had never been seen: decomposing corpses, a human skull packed with worms, bombed out civilian homes, troops in gas masks looking like giant bugs, shell craters at night like the surface of the moon, dead soldiers caught in pieces on barbed wire.

The etchings followed Dix’s Trench (1923), a seven-foot by eight-foot full-colour hellscape depicting the aftermath of a battle on the front, and informed Dix’s four-panel opus, also called Der Krieg (1929–32). These works are the only serious contender for a pictorial counterpart to the war poems of Wilfred Owen, and prove that there was nothing “sweet and seemly” about the great abattoir of 1914–18.

The word “abattoir” suggests the bloodshed was systematic, and so it was. Part of the war’s horror was the use of new technology – machine guns, armoured tanks, war planes, flame-throwers, poison gas – to kill and maim on an unprecedented scale, and terrify soldiers promised adventure and an easy victory.

Erich Maria Remarque, another German veteran, captured this well in his 1929 novel All Quiet on the Western Front, describing the tanks as “a fleet of roaring, fire-spitting ironclads, invulnerable steel beasts that crush the dead and the wounded”. This idea of machines as monsters was common to the period, from Fritz Lang’s film Metropolis (1927) to the poetry of Wilfred Owen, whose Arms and the Boy (1918) begins:

Let the boy try along this bayonet-blade
How cold steel is, and keen with hunger of blood;
Blue with all malice, like a madman’s flash;
And thinly drawn with famishing for flesh.

When Dix returned from the war, his Dadaist crowd was using machine-images to explore the war’s aftermath and its impact on German society. Max Ernst’s Murdering Airplane (1920) has a twisted silver aircraft with giant human arms flying over three men against a desolate landscape.

George Grosz in pictures like Republican Automatons (1920), and Raoul Housmann in his 1921 sculpture Mechanical Head (The Spirit of Our Time), satirised what they considered the vacuous inner life of the ordinary German. (TS Eliot made a similar point from the other end of politics in his 1925 poem The Hollow Men, though Eliot opted for the more folksy image of the scarecrow.)

Dix chose to focus on the amputee veterans who were a regular sight on the streets of Berlin. Around 2.7 million German soldiers came back wounded or disabled, with 800,000 amputees still receiving pensions in 1927. Dix’s Prague Street (1920) has veterans with missing limbs begging for change on the street. In a nod to the Dadaists, a piece of newspaper on the ground with the headline “Juden raus!” (“Jews out”) is crushed under the wheels of a veteran with no legs, who rolls around like a mechanical toy.

The War Cripples (1920) has four veterans with missing limbs, shell shock and metal jaws, eyes, and ears, still marching dutifully in their uniforms and medals. The most arresting is perhaps The Skat Players (1920), whose three soldiers struggle on with a card game despite their absurd robotic augmentations. One strains to see his cards held up between his toes, while another with no limbs at all holds a card in his mouth. Their wooden legs mingle with those of the table and chairs, making them hard to distinguish from the furniture.

As the Australian art critic Robert Hughes observed, these “wretched half-men” represented “the body re-formed by politics: part flesh, part machine”. “Prosthetic man” was a symbol for artists like Dix and Grosz, for whom “the Weimar Republic too was a political mutant, a war casualty”. These ghostly figures haunted Weimar as they haunt Dix’s “swinging 20s” picture Metropolis (1927–8), and were a constant reminder of what the war did to a generation of soldiers, and to Germany.

“Prosthetic man” was a symbol for artists like Dix and Grosz, for whom “the Weimar Republic too was a political mutant, a war casualty”

This personal and national trauma was the subject of Remarque’s novel, which incidentally opens and closes with the amputation of a soldier’s leg. As narrator Paul Baumer says: “Only a military hospital can really show you what war is.” Dix, (who had recurring dreams of crawling through rubble) was so taken with the book that he sent Remarque his portfolio of war etchings as a gift.

Despite all this, there was another interpretation of the war and its aftermath, the nationalist theory of a “stab-in-the-back” and the need for military and spiritual renewal. As Dix later said in a 1964 interview: “During this time in the Weimar Republic, numerous books were again freely propagandizing a heroism and a ‘hero concept’ that had been led ad absurdum to the trenches of World War I. People began to forget how much terrible suffering the war had caused them.”

One such book was Mein Kampf, in which Corporal Hitler describes his love for the war and his despair upon hearing about the armistice (“the greatest villainy of the century”) while recovering from a gas attack which left him temporarily blind. (Would Hitler have been able to win support as a warrior king if he had instead lost an arm or leg?)

When the Nazis came to power in 1933, Dix was sacked from the Dresden Academy of Fine Arts, and 260 of his paintings were seized and either sold or destroyed. (That year, Dix painted Hitler as the mask of envy in his The Seven Deadly Sins.) It was then that Dix’s paintings, Trench and The War Cripples, were shown in the Nazis’ philistine ‘Degenerate Art’ exhibition in 1937 under the heading “Painted sabotage of national defence”. That same year the Nazis bombed Guernica.

Dix moved out to a castle near Lake Constance and painted landscapes, including the chilling Jewish Cemetery in Randegg in Winter (1935). In the last months of the Second World War he was drafted aged 54 into a civilian militia headed by Joseph Goebbels, of all people, and ended up in a French prisoner of war camp.

That war ended in defeat for what Charlie Chaplin called “machine men, with machine minds and machine hearts”. But the paintings of Otto Dix are an imperishable reminder of the need to stay vigilant against what George Orwell called “the gramophone mind”. Just as Bertolt Brecht noted that the tank’s fatal defect is its human driver, the best guard against mechanised war and authoritarian politics is not to think like a machine.