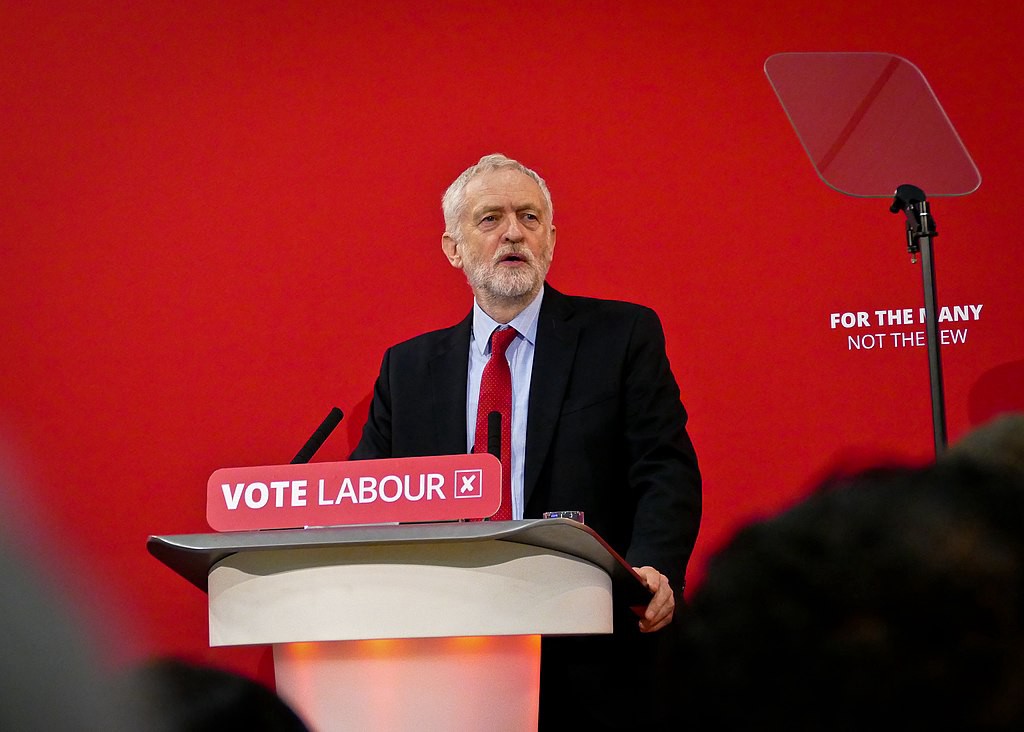 For the true believer, Wednesday’s Panorama into Labour anti-Semitism is unlikely to shake their conviction that the whole issue has been cooked up by Mr Corbyn’s enemies. The show’s main interest for the rest of us is its offering further evidence that anti-Semitism is not the cause of a sick political culture, but one of its many products.

Yes, by all means, let there be letters in the Observer from famous Jews decrying Labour’s anti-Semitism. And yes, it was very affecting to watch Labour members’ shock and disbelief at being victims of anti-Semitism in modern Britain, and at the hands of their Labour comrades.

But more remarkable is the way the nasty prejudices of Labour’s elite are being imposed on their idealistic young staffers. Let me put it this way. The mental breakdown of one disputes official is bad luck. Any more than that and it starts to look like a trend.

Responding to the programme, the Labour party offered a familiar cocktail of denial, defence and defamation, only fuelling suspicions that something has gone seriously wrong at the top. To the press they repeated like a mantra their stated opposition to racism, shrugging off the whistle-blowers as “disaffected former officials” with “political axes to grind”.

Shadow cabinet member Laura Pidcock said it was “really unfair” to be asked about the scandal by Sky News when she had only agreed to discuss the Durham miners’ gala. Curiously, when Ms Pidcock took to the stage at said gala — a carnival of nostalgia and kitsch — it turned out she did want to talk about the scandal after all.

“It’s painful being called an extremist when you have fought your whole life for peace”, she told the cheering crowd, gesturing towards Mr Corbyn, “when you are called a racist, but you define yourself by your anti-racism activism”. No doubt it is. She was clear at least about who she considers the real victim in all this.

“We must stay disciplined”, she said. “We must not underestimate the forces we are up against. We must use our energy, however, not on those who are fickle and flighty” — I think we can guess who she means — “but on defeating the evils of exploitation, greed, and the unfettered power of the ruling class.”

Building towards her crescendo, Ms Pidcock said “there is nothing, nothing more important than this political project”, that’s to say, the project of a Corbyn-led government, and, later, socialism.

By the time the great man made his appearance the crowd were stirred to raptures of joy. Mr Corbyn walked to the podium to the theme tune of the film Rocky, which would presumably make the Jews Apollo Creed.

In shouty mode, Mr Corbyn warned his flock about the dangers of what the old Bolsheviks used to call factionalism, i.e. different opinions: “I urge you, do not allow our movement to be divided, do not allow our message to be distracted, keep your eyes on the prize.” The grammar is a typical mess, but I think it’s plain which “distraction” he has in mind.

The critic Matthew Arnold, in his comparison of the Jewish and Greek traditions, argued that Christianity had improved on the Jewish emphasis on conscience and obedience as the road to the divine, by introducing in Jesus an example of supreme self-sacrifice. His suffering becomes a model for our own fidelity. Something of the sort must be at work in the minds of the Corbyn faithful, who feel every insult and blow against their leader as if it were against themselves.

As journalist Padraig Reidy has observed, Ms Pidcock’s speech could have been uttered by any fascist or communist or Christian millenarian, or any other faith-based demagogue. She evokes a righteous movement beset by powerful enemies, and led by a faultless leader suffering for our sins, so that we might enjoy the kingdom of heaven.

This is mobilising stuff, but it comes with a catch. “Let no man deceive you with vain words”, wrote the poet George Herbert, quoted by Arnold, “for because of these things cometh the wrath of God upon the children of disobedience”. Read that Corbyn quote again about division and distraction, or Ms Pidcock’s call for “discipline”. You hear the same pious tones, the same demand for fidelity against the evil voices leading you astray.

What all this has to do with empowering workers is a mystery. But it’s in keeping with the spectacle of avowed socialists wailing that the whistle-blowers have broken their “non-disclosure agreements”.

We’re starting to get a sense of how Labour treats its own workers when they dare to question God’s law; when identification with the leader begins to fade, and people start asking awkward questions. But the first in line for punishment were Labour’s Jews, who have been abused, defamed, and driven out of the party fold.

It’s potentially ironic that the most fanatically pro-Corbyn website, which is also most energetic in promoting anti-Semitism, calls itself “The Canary”. The real canary in the coalmine here, as so often, is the Jews. And as we’re seeing, what the faithful will do to them, they’ll do to anyone else who strays from the path or bars the road. Mr Corbyn might dream of reopening those death-trap coalmines, but he’s opened the door to a devotional politics whose victims won’t only be Jews.