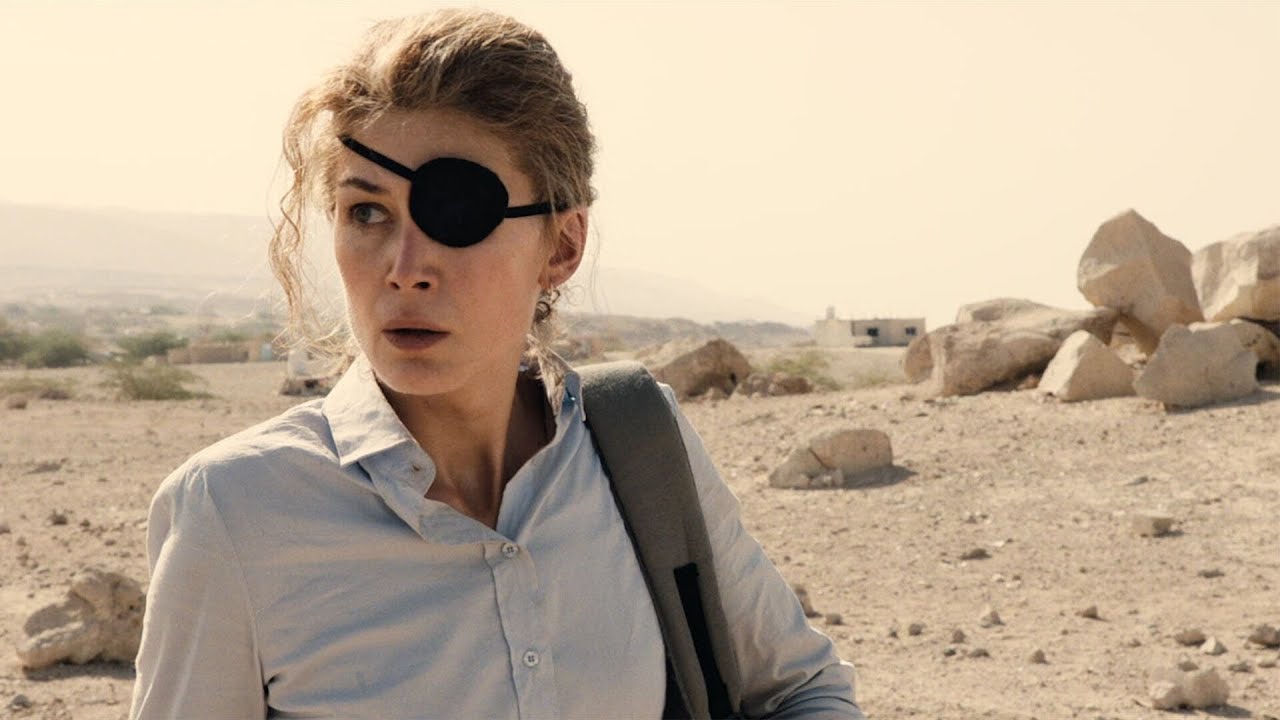 This article was originally published in Progress on April 11th, 2019.

As windy talk of a ‘truly global Britain’ fades away, a recent film makes the case for international solidarity – though less by its merits than its flaws.

‘A Private War’ is a dramatisation of the life of Sunday Times foreign correspondent Marie Colvin, who was killed covering the war in Syria in 2012. It’s best understood as one of a spate of films (‘Spotlight’, ‘The Post’) hoping to remind us, at a time of ‘fake news’ and attacks on the press, that journalism is a public service.

The mistake of ‘A Private War’ is to imagine that the journalist is more interesting than the story. Marie Colvin is certainly interesting. But when her story is the ongoing war in Syria, this choice of emphasis is unpardonable. It’s true that ‘Spotlight’ and ‘The Post’ give their cast plenty of room to strike a heroic pose, in the vein of Dustin Hoffman and Robert Redford in ‘All the President’s Men’. But the notepad-ripping stress-sessions draw their power from the importance of the story, (Catholic Church pederasty in ‘Spotlight’, the Vietnam war in ‘The Post’), not from the lives of the reporters.

It’s for this reason that ‘A Private War’ (which also suffers from leaden dialogue and overwrought acting) only manages to really move the viewer when it tips the balance back from reporter to reported. The sequence in a makeshift Syrian hospital after a bombing raid is basically a re-enactment of YouTube footage (filmed and uploaded, incidentally, by Syrian civilians-turned-journalists). It’s harrowing precisely because the viewer knows that what is being portrayed – or something like it – really happened.

By the time we reach the climactic scene where Colvin delivers her last dispatch as the bombers close in, the Syrian conflict has taken centre stage, with Rosamund Pike (Colvin) given little to do beyond reading out Colvin’s brilliant summary of events. That simple dispatch tells a story – that of the Syrian war – so full of drama and humanity that the rest of the film seems drab and small by comparison.

This mistaken focus oddly mirrors the great turning inwards of recent years, with various types of wall-building (literal or metaphorical) from Brexit Britain to Trump’s America. (Even the ISIS caliphate – a parasite on the Syrian body politic – offered its pilgrims an oasis of security in a dangerous world.)

This nationalist naval-gazing means people miss the big picture. To stay with Syria, the war there not only created a safe space for jihadi terrorists, but sent millions of refugees in all directions. It’s hard to imagine a situation more favourable to nationalist demagogues looking for an ‘issue’. This is just one of the ways authoritarian politics anywhere is a boon for authoritarian politics everywhere.

Yet people in the west only started talking about this threat when it came knocking on their door. The avalanche of books and articles about fascism and ‘democracy in peril’ must look hysterical to people in, say, Turkey, or Egypt, let alone in Syria. How dangerous is Boris Johnson, really? He might be very dangerous, given the opportunity. But our self-focus means we deny ourselves any meaningful perspective. How can we evaluate our situation accurately unless we have something with which to compare it?

The third and most important argument against the parochial turn is simply a moral one, which says, in the words of the poet John Donne, ‘any man’s death diminishes me, because I am involved in mankind’.

March 15 was the eighth anniversary of the popular revolt against Bashar al-Assad’s totalitarian rule. It was marked by a Russian airstrike on Idlib, the last rebel-held province and home to many displaced civilians. Yet in the absence of any pressure from below, Britain’s politicians don’t feel they need to even take a position. ‘The people’ don’t care.

The British government appears willing to sacrifice everything on the sacred altar of our leaving the European Union. There are parts of the Labour party – including the leadership – who rightly condemn Britain’s role in Saudi war crimes in Yemen, but who only find their voice on Syria to defend the murderous regime which started the conflict. This is unconscionable, and anyone in the party with an ounce of internationalism should strain every muscle to demand a moral foreign policy.

Democracy, if it means anything, involves more than just pandering to supposed public opinion, or of going along with what seems fashionable or prudent. The job of those who see themselves as progressive or radical is to support people everywhere who are struggling for a life of freedom and dignity – especially when this seems unpopular. Marie Colvin witnessed for this view of the world, and paid for it with her life, as have countless Syrians. This is the story we should be telling.